Cattle naturally acquire immunity to gut and lungworms while grazing. This immunity is maintained by continual exposure while at pasture.

Immunity develops after one to two months for lungworm, three to six months (one grazing season) for Cooperia while exposure over two grazing seasons is required to develop immunity to Ostertagia. 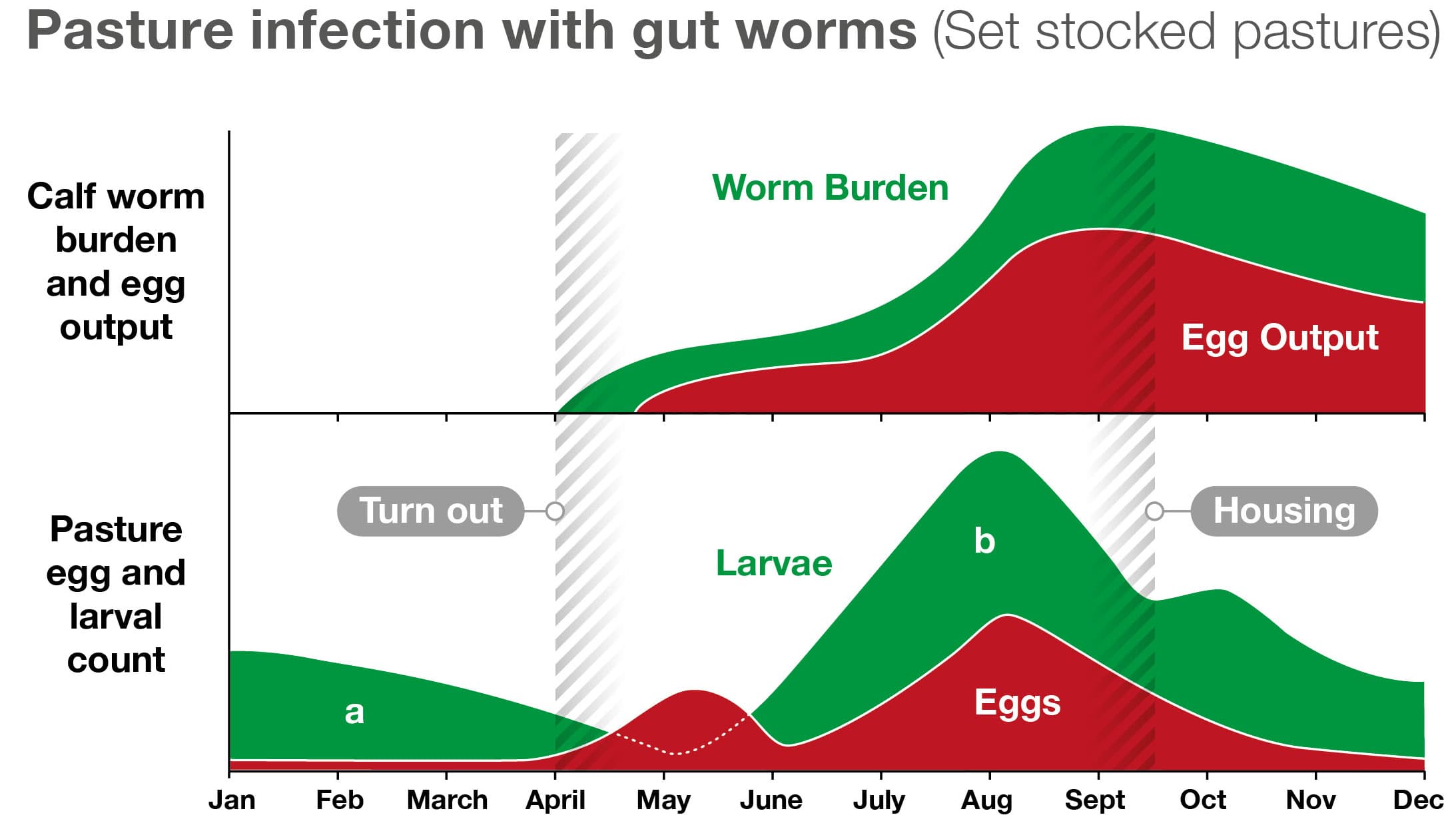 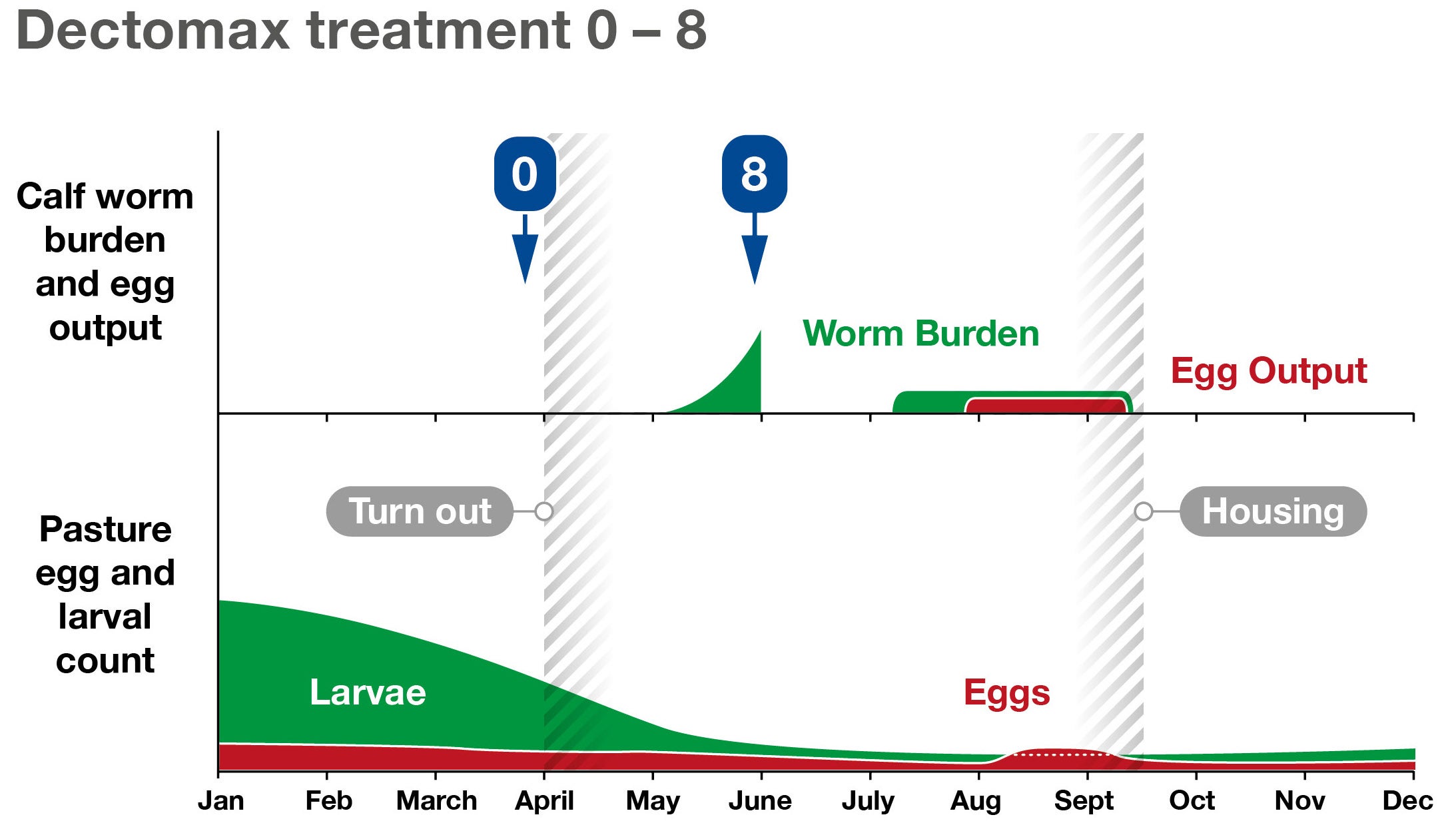 Two doses of Dectomax™, the first at turn out, the second eight weeks later, effectively manages gut worm burdens in the animal and on the pasture, giving optimum growth rates while allowing some exposure to worms to stimulate immunity.3

Lungworm risk is weather dependent but is generally highest from July to housing.1 Pre housing treatment with Dectomax™ (up to 5 weeks before housing) can manage this risk and also remove inhibited Ostertagia to control the risk of Type II Ostertagiasis in late winter.

Click here for more information on Dectomax™ Injection for Sheep

Dectomax™ 10 mg/ml Solution for Injection for Cattle and Sheep contains doramectin. It is indicated for the treatment and control of gastrointestinal roundworms, lungworms, eyeworms, warbles, lice and mange mites in cattle. For information regarding side effects, precautions, warnings and contra indications refer to product packaging and leaflet. Legal category POM-VPS. Further information is available from the Summary of Product Characteristics. Advice should be sought from the medicine prescriber prior to use. Dectomax™, Elanco™ and the diagonal bar logo are trademarks of Elanco or its affiliates. Use medicines responsibly (http://www.noah.co.uk/responsible). PM-UK-19-0159