As the primary ectoparasite affecting sheep in spring and summer, blowfly strike is unfortunately often a familiar problem on sheep farms. As soon as soil temperatures reach 9°C, the overwintering fly larvae mature and emerge as flies which in turn deposit thousands of eggs onto sheep. The lifecycle is so quick at warmer temperatures and the volume of maggots so high which means that significant damage from blowfly strike can occur in as little as 24-36 hours after egg-laying.

As a result, sheep farmers can be left facing serious welfare and productivity issues, while the financial consequences can be significant. One of the hardest challenges for blowfly control is predicting the start of the season each year as it can fluctuate considerably. This has been driven by changing weather patterns over the last decade creating an increasingly unpredictable and lengthening season. Being prepared and preventing early means farmers can take control of this devastating disease by planning their time and resources to suit their farm. It is also the best option for the health and welfare of the flock as well.

Insect Growth Regulators (IGRs) prevent blowfly larvae developing into the harmful second and third stage maggots responsible for flystrike.
CLiK® EXTRA, CLiK® and CLiKZiN® from Elanco are the only products to benefit from FleeceBind™, a technology that binds the formulation strongly in place and provides consistent full fleece protection* – whatever the weather or season – reducing the risk of fly strike and productivity losses.

Find out more about the CLiK range of products 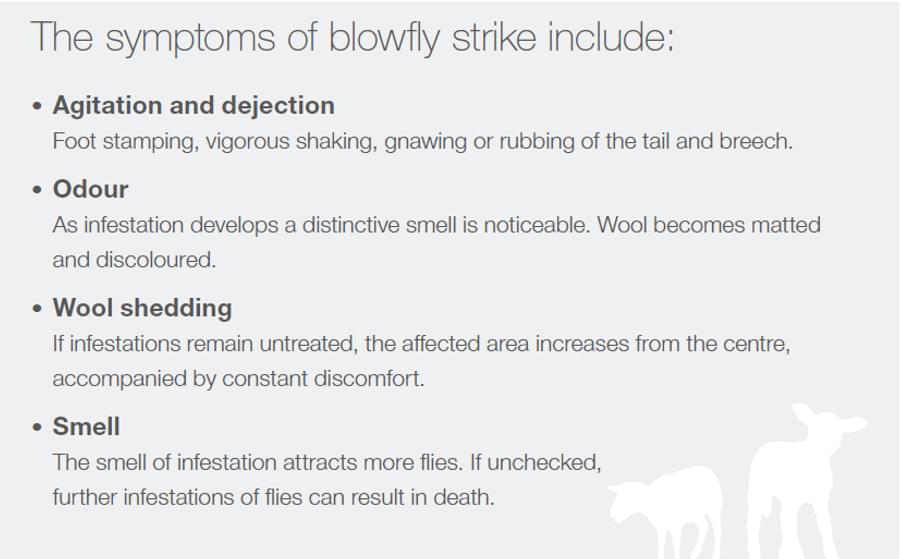 Information regarding the side effects, precautions, warnings and contra-indications can be found in product packaging and leaflets; further information can also be found in the Summary of Product Characteristics.

CLiK® EXTRA, CLiK®, CLiKZiN®, FleeceBind™, Elanco™ and the diagonal bar™ logo are trademarks of Elanco or its affiliates. Use medicines responsibly (www.noah.co.uk/responsible). Advice should be sought from the prescriber prior to use.

*Spreads to areas covered by fleece, other areas may not be protected, including the feet.

I confirm I am a farmer, Registered Animal Medicines Advisor (RAMA, formerly SQP) or veterinary professional, resident in the United Kingdom.