What is Liver Fluke

What is liver fluke and why is it such a problem? To understand how liver fluke does its damage, it is essential to know what the liver does. The main functions are:

Depending on the number of fluke in the liver, the effects can range from death to loss of productivity as the liver is not processing all the food for the animal’s needs.

In many cases we may see no visible signs of liver fluke damage but they are still affecting the productivity of the animal. It all hinges on the fact that the liver is the main food processing organ of the body and if it is damaged then animals will not utilise their food properly which can lead to loss of liver weight gain or poor production of milk.

All stages of liver fluke cause damage as they migrate through the liver and then feed on blood in the bile ducts. Larger numbers of fluke will cause obvious disease or even sudden deaths. Small numbers (ie less than 10) of fluke may not cause any obvious disease, but because of the damage they cause to the liver, and the blood loss associated with feeding in the bile duct, they will always have a significant impact on productivity and flock or herd performance.

In a large slaughterhouse study of cattle¹

In sheep flocks it can be more difficult to identify the losses associated with these low level subclinical infections, but this case study gives an example of how far reaching these losses can be. 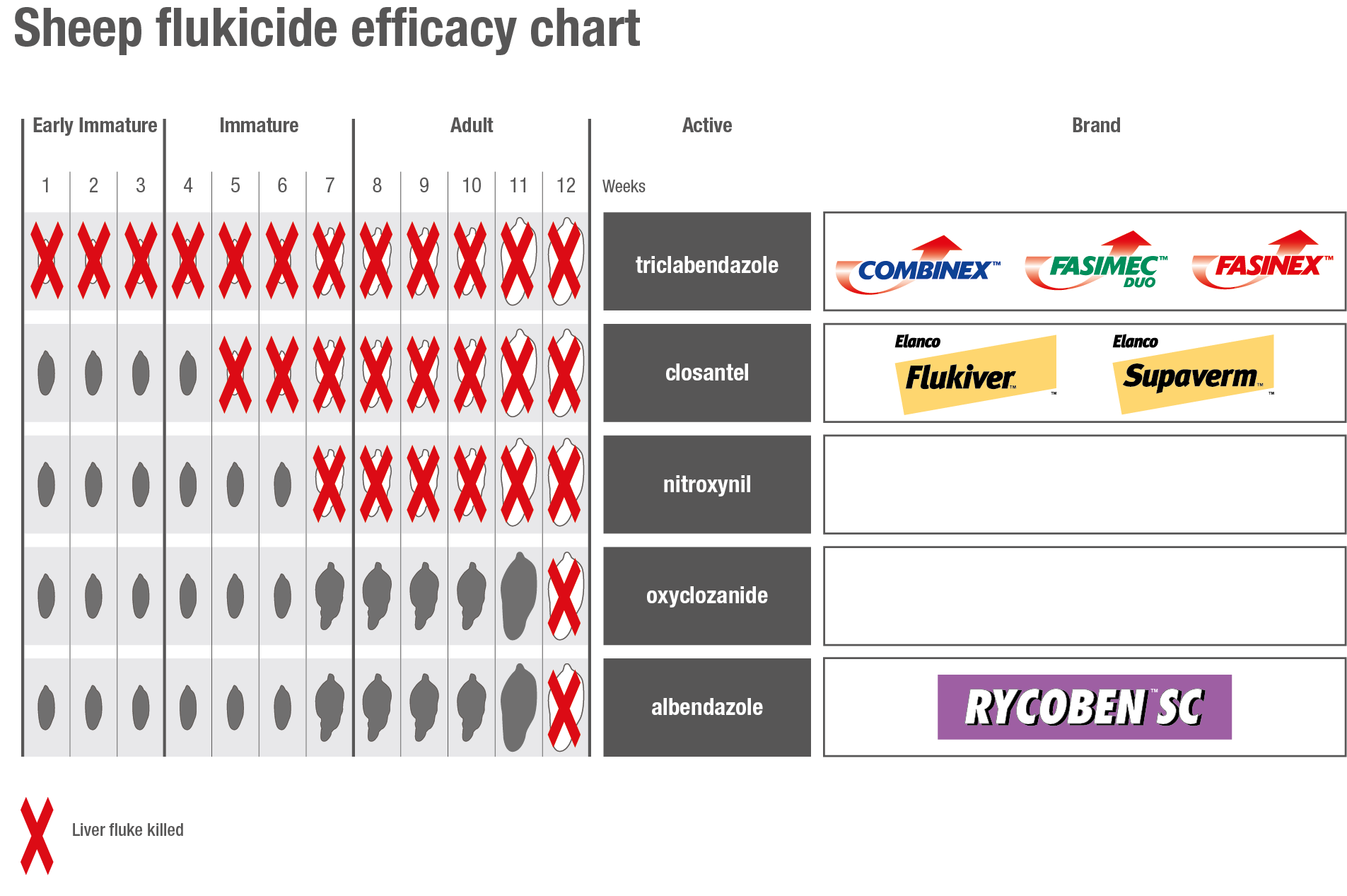 Information regarding the side effects, precautions, warnings and contra-indications can be found in product packaging and leaflets; further information can also be found in the Summary of Product Characteristics.

Use medicines responsibly (http://www.noah.co.uk/responsible) Advice should be sought from the prescriber prior to use. PM-UK-20-0672.